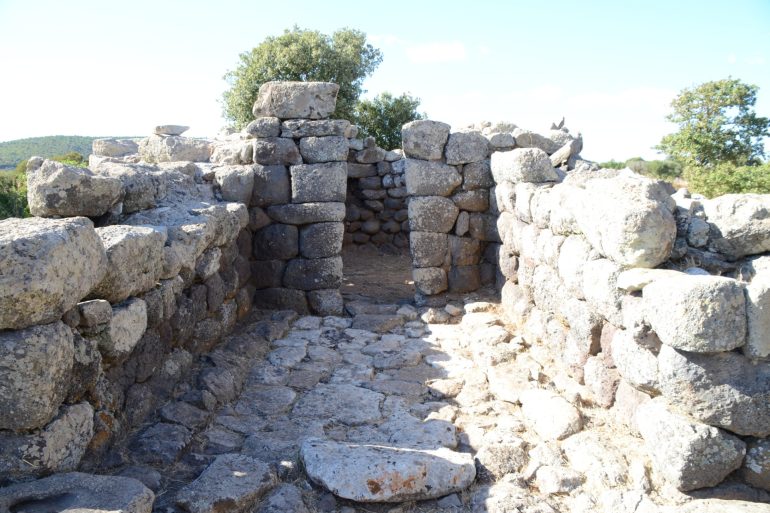 Sanctuary of Santa Vittoria, one of the most important archaeological areas in Sardinia

The Sanctuary of Santa Vittoria is one of the most significant cultural complexes of Nuragic Sardinia.

The sanctuary of Santa Vittoria is in the central-southern part of Sardinia, on a basaltic plateau in the municipality of Serri, between Sarcidano and Trexenta. It is one of the most important and ancient archaeological sites on the island, together with that of Barumini. It was discovered between 1907 and 1909 by the archaeologist Antonio Taramelli. He found a series of ancient structures that revealed how ancient people inhabited the area during the Nuragic era, but also in the Punic, Roman and Byzantine periods. After him, other archaeologists continued excavations and studies on the sanctuary, which are still ongoing.

Known since the early stages of the Nuragic Civilization in 1600 BC, from the late Bronze Age to the early Iron Age (1100-900 / 800 BC), the Sanctuary has been transformed. It became one of the highest expressions of Nuragic religiosity. Indeed, some scholars believe that people considered the divinities of the Nuragic pantheon, to which the various temples of the sanctuary are dedicated, guarantors for commercial, cultural and ideological exchanges, also with foreigners.

The Sanctuary of Santa Vittoria is the symbol of Nuragic civilization

This archaeological complex shows the evolution of the Nuragic civilization on the island. For example, the corridor nuraghe was built in the Middle Bronze Age (1600-1300 BC). Instead, the tholos nuraghe – which incorporated the pre-existing protonuraghe – is dated 1300-1100 BC, in full Recent Bronze Age. The sacred well for the cult of water, with its perfectly squared blocks of basalt and limestone, the “sacred way” that connects the different temples, and the large “feast enclosure” were built between the final Bronze Age and the first Iron Age (1100- 900/800 BC).

The “feast enclosure” was the social and commercial center of the sanctuary. Around it there are the arcades, the nine spaces for the market, the reception halls, the collective kitchen and the “double ax hut”, where lead and copper smelting slags were found.

During the Iron Age other elements were built. For example, the “ipetral” temple, which still has the two altars, in the center of which there is a drainage channel for the outflow of the blood of the sacrificed animals. But also the rotunda, with its molded seat, the huts of the “chief” and the “priest”, the assembly hall (the decision-making seat of the oligarchs), and the houses.

Furthermore, since the first excavations, archaeologists found many interesting objects, such as:

Many bronze remains show to the great skill of the Nuragic artisans. They represent anthropomorphic figures (tribal chiefs, priestesses, archers) or zoomorphic ones (oxen, rams, dogs, pigs, deer, wild boars, foxes and doves). Means of transport and objects for everyday life were also found, such as baskets, skins and various containers.

The excavations have also uncovered several prestigious objects that attest to the relationships of  the Nuragic people with the Etruscans, the Phoenicians and the Cypriots. Among these, a bronze foliated violin bow fibula, a double silver plate disc, amber and glass paste necklaces, and a cylindrical torch decorated with three floral corollas.

The municipality of Serri is a place of millenary memories and cultures, which still today maintains its vocation to bring people together. And the local feast of Saint Lucia is an example of this!

The Nuragic sanctuary attracts scholars, researchers, but also tourists from all over the world. It is open every day from 9 AM to 7 PM. For info and reservations you can call +39 346 0669068 or send an email to acropolinuragica@tiscali.it. On the official website (in Italian) you can find all the info you need.

Do you want to visit the sanctuary of Santa Vittoria and live a dream vacation in a real paradise? Discover the Forte Village Resort in Sardinia 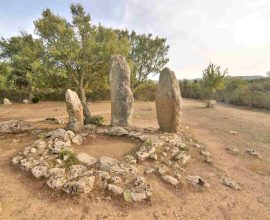 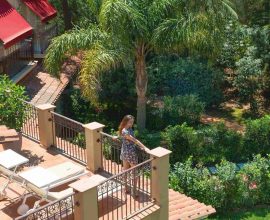 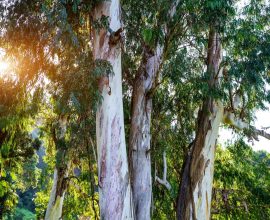