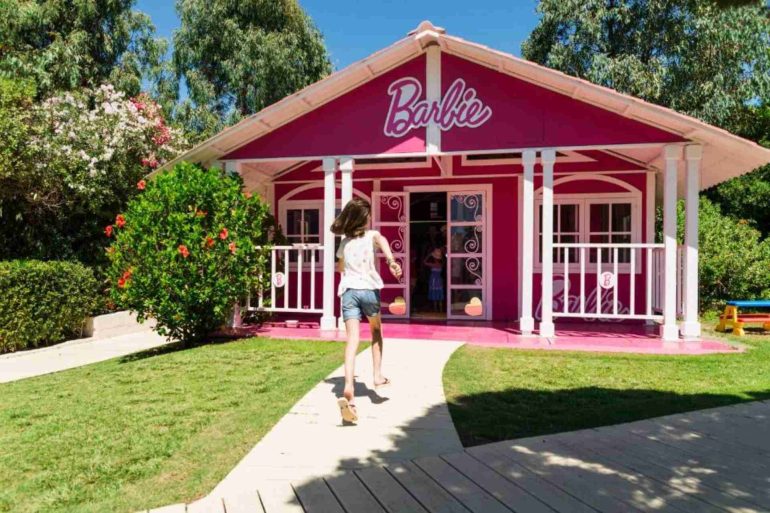 Barbie: between live action and music, a collaboration with Forte Village Resort

Barbie: the live-action film with Margot Robbie and Ryan Gosling

She is a beloved fashion doll, the best-selling toy in the world and a model for generations of girls who, thanks to her example, have understood that they can become anything they want. We are talking about Barbie, a true icon of beauty and emancipation, celebrated by cinema, music and the Forte Village Resort with two exclusive holiday packages.

One of the top films for the year 2023 will be, without a doubt, the live-action “Barbie” by Greta Gerwig, with Oscar-nominated actress Margot Robbie and Ryan Gosling (in the role of the unmissable Ken), a long-awaited film focused on the most iconic and famous doll in the world, the one who has captured the hearts of girls since 1959.

Filming has concluded, however, to increase curiosity, not much is known yet about the official plot. When Warner Bros first announced the ambitious project, the idea was to tell the story of Barbie, a rebellious doll that takes distance from the “super perfect” Barbieland because she doesn’t feel well integrated and is considered rather “eccentric” by the strict standards of the community.

Barbie sets to join “real life” and, during her adventure, learns that perfection does not come from the outside but from within and that the key to happiness is to believe in oneself without pursuing unattainable standards of perfection. Realising this, the blonde doll decides to return to Barbieland to save it.

This is the “unofficial” plot of the live-action. During a 2020 interview, Margot Robbie declared that the film is going to give the audience ‘the thing you didn’t know you wanted’.

All that remains is to wait for the release date of 21st of July 2023, to find out what this is and get completely immersed in the colourful world of Barbie, which promises to be full of “nineties vibes” and risky neon-coloured combinations with a truly “exaggerated” aesthetic.

Barbie Girl by Aqua: the anniversary of a musical icon

To stay with the Barbie theme, we cannot fail to mention the song “Barbie Girl”, a true icon of the nineties, the biggest single by the Danish group Aqua.

Released on May 14th, 1997, the third single from their first studio album “Aquarium”, it soon reached the top of the world charts becoming a dance hit and bringing the group to an overwhelming success.

The song, which is still an authentic icon of the nineties dance scene, was written by the group after its member, Søren Rasted, had attended in Denmark an exhibition on kitsch culture which showcased numerous Barbie dolls.

The lyrics, accompanied by lively and cheerful music ironize the role of the doll. The dialogue between Barbie and Ken is full of references and allusions and emphasises, in a question-and-answer exchange, how much fun she has in the company of her beloved man.

It’s a frivolous and dreamlike world, where “life in plastic is fantastic” and nothing seems to have real value. You just listen to it to immediately go back to 25 years ago and think that not even a minute has passed.

Barbie and the partnership with Forte Village: an unforgettable holiday

There is a magnificent place where children can experience unforgettable Barbie-themed adventures: the Forte Village Resort, a luxurious tourist hotel complex in Pula, surrounded by lush vegetation and a stone’s throw from the crystal clear waters of the Sardinian sea.

Thanks to the collaboration undertaken with Mattel in 2014, the Resort offers exclusive Barbie holiday packages: ranging from the special “Barbie Vip Package”, which includes a themed room, to the fun activities of the “Barbie Activity Centre”.

In the specific, there are two types of packages for guests aged 2 to 10: the Ultimate Barbie Experience: Barbie Glamour  Package and the Barbie Pink Package.

The first offers the opportunity to stay in Barbie’s House, a splendid room furnished with official products like the bed and Barbie’s beauty case which features toiletries inspired by the doll. A special gift of a Barbie doll is included as well as access to the “Barbie Spa” where manicures and face masks are on offer. In addition, the Barbie Fashion Academy organises workshops from Monday to Friday, here children can create jewellery, photo frames and personalised t-shirts and wear these wonderful creations in a fashion show.

The second package differs from the first in that it does not include access to the Barbie Spa.

Both allow the guest to participate in extra activities such as Barbie film screenings or dance classes to the tune of theme songs and dedicated parties.

Would you like to immerse yourself in the world of Barbie and experience a dream holiday in a real paradise? Discover Forte Village Resort in Sardinia 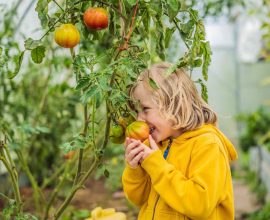 A sustainable diet for children: how to explain the environmental impact of food to little ones? 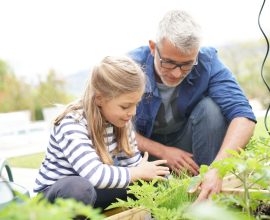 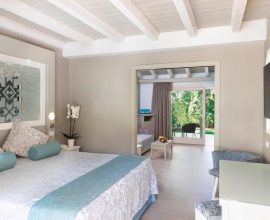 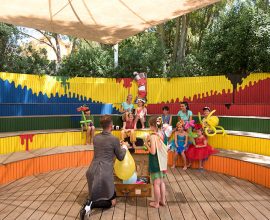