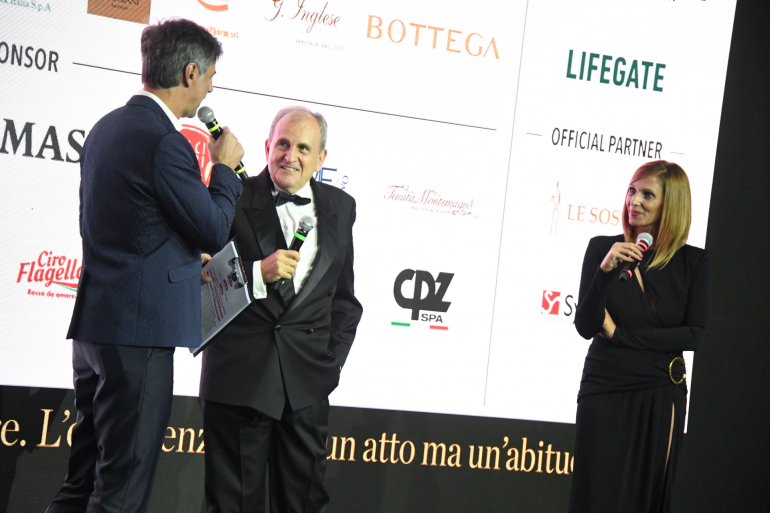 Forte Village is the perfect destination for those who search for relaxation, sports and gourmet cuisine. For the second year running Forte Village has been recognized by one of the most important Food and Travel Awards. A dreamy location, surrounded by unspoilt nature and the marvelous beaches of Sardinia, the resort has conquered the readers of Food and Travel magazine.

On the 4th of October 2019, Forte Village Resort near Santa Margarita di Pula, hosted the prize-giving of Food and Travel Awards. The award was initiated in 2018 and is focused on celebrating the excellence of Italian and International food and accommodation establishments.

Food and Travel Italia began in the United Kingdom and is now published in eighteen countries. It is the first international food&wine, beverage, gourmet trips and high profile tourism magazine, whose readers votes determine the finalists of the award.

The second edition of Food and Travel Awards Italia was presented by Pamela Reali, editor of the Italian version, together with actor, television and radio host Beppe Convertini, during an exclusive gala evening.

Added to the recognition of the best food and Travel establishments in Italy, where the Special Prizes given by the board of Food and Travel, to the professionals and people that have raised the performance and image of their sector.

There are three phases of the Food and Travel Italia 2019 Awards: nomination, shortlist, winners. The first phase was concluded on the 30th of July 2019 with a shortlist, the final list of the three runner-ups for each category. In the second phase, the readers could vote for one of the three finalists by category until, and not beyond, the 15th September 2019. At last, during the gala dinner organized on the 4th of October at Forte Village in Sardinia, the winners of Food and Travel Awards 2019 were revealed.

Food and Travel Awards: the categories of 2019 Awards

Restaurant of the year

Hotel of the year

Wines of the year

Sommelier of the year

Maître of the year

Enologist of the year

Winery of the year

Chef of the year

Pizza Chef of the year

First quality products of the year

Confectionaries of the year

Airline of the year

Cruise agency of the year

Travel Agency of the year

Location of the year

Region of the year

Village of the year

Food and Travel Awards: the prizes given at Forte Village Resort

Forte Village is gaining many great recognitions in occasion of the second edition of Reader’s Awards Food and Travel Italia 2019.

For the second year running, the Managing Director and General Manager of the resort, Lorenzo Giannuzzi, received the Best Resort of the year Award for the following reasons: “Heart of the Mediterranean. Accessible luxury with unbeatable gastronomical, recreational and sports options within a structure that is being continuously renovated and has many plans for the future”. The prize was presented by Pamela Reali, editor of the Italian version of Food and Travel, the international magazine distributed in various countries over the world.

Paolo Simioni, an important representative of Italian cooking in London for years, has been Executive Chef at Forte Village since 2011. He received a special prize assigned by the board of Food and Travel.

In occasion of the Reader Awards 2018, the recognition of Sofia Carta and Giuseppe Collu was reappointed. Official AIS taster at Forte Village since 2013, Sofia received the “Sommelier of the year” prize, previously equally placed was Marco Reitano. The Maître at Cavalieri for over forty years, one of the 21 restaurants within the resort, Giuseppe Collu obtained first place as “Maître of the year”, the previous winner was Mario Iaccarino.

Lorenzo Giannuzzi declares: “To have been chosen by the readers of Food and Travel Italia and to receive this important recognition, for two consecutive times, makes us very proud. Last year we hoped Reader’s Travel and Food Italia would become a yearly appointment at Forte Village.

One year later, we are happy to host this important event again which is becoming essential to celebrate all the extraordinary professionals that operate in restaurants, hospitality and tourism, keeping a high image of our country over the world.”

Would you like to have an unforgettable vacation in a real paradise of relaxation? Discover Forte Village Resort in Sardinia. 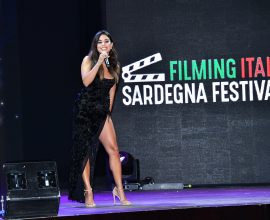 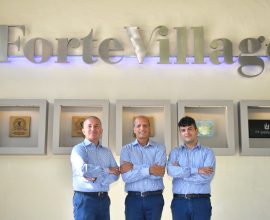 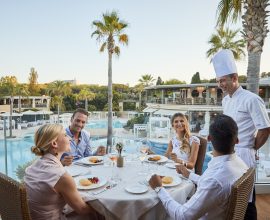 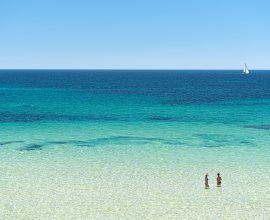