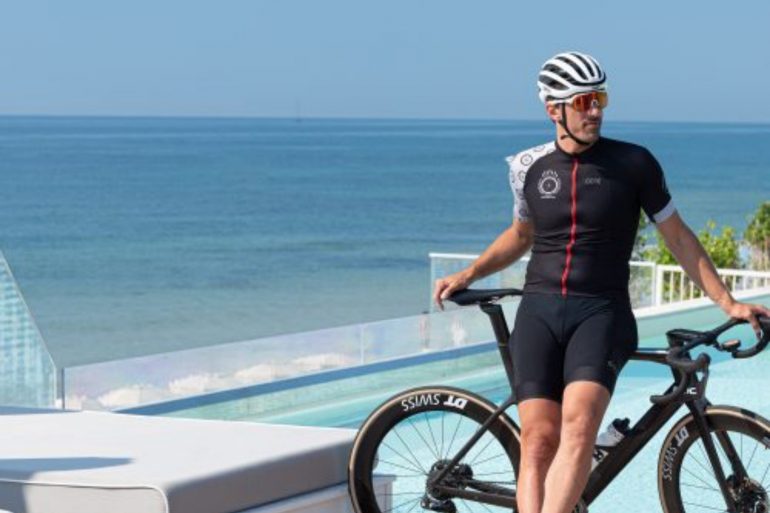 Marc Augé, anthropologist, ethnologist, writer and French philosopher, known for introducing the neologism non-lieu (ninth or no place) said that the “Miracle of cycling makes the city return to a land of adventure or, at least, travel”.

A journey that in Sardinia starts again from the Bike Academy of Forte Village, the award-winning resort in Santa Margherita di Pula, in the province of Cagliari, which has made sport and sporting events one of the strengths of its offer.

The Bike World of the resort offers its guests the best racing bikes, mountain bikes and pedal-assisted bicycles to pedal safely along the most picturesque roads and trails in southern Sardinia.

Also, the lessons and training at the Bike Academy are open to cyclists and those who aspire to be, of all ages and levels, and are coordinated by highly experienced instructors and top international interpreters of the discipline including Fabian Cancellara.

Specialist in chronometer races, day races and short stage races, The adventure of Fabian Cancellara in the world of cycling begins at the age of thirteen thanks to a bike found in the garage of Father Donato that made him forget his interest in football.

In the category of juniors, he puts himself to the test with track and cyclocross but is on the road that he reaches the most significant goals, winning the gold medal of the time trial category at the world championships in Valkenburg, in 1998, and then in Verona, in 1999.

In 2000 he reached the highest step of the podium at the 37th edition of the Grand Prix Palio del Recioto, and in 2001 he moved to the professional category with the Italian cycling team Mapei-Quick Step, winning eleven races, including two International Tour of Rhodes on the island of Rhodes, the Grand Prix Eddy Merckx and the Swiss Chronometer Championship. In 2003 he conquested the chrono prologue of the Tour de Romandie and the Tour de Suisse.

Between 2004 and 2014 he participated in the most important cycling events and had one success after another, thus entering the Olympus of sports legends.

After the many victories in Flanders and Roubaix, Cancellara has been understandably revered in Belgium and considered by the “Flemings” as one of them. Few runners embody the famous Flemish spirit as Fabian, a true fighter who is never afraid of rain, wind or cold and, above all, never gives up.

Bike Experience with Fabian Cancellara: a unique experience in the beautiful setting of Forte Village

From the 28th of September to the 7th of October 2021, Forte Village offers cycling enthusiasts with at least an average level of fitness, the opportunity to have a truly unique training experience with cycling legend Fabian Cancellara. The routes are suitable for all cyclists, from experts to beginners, and wind along the most spectacular roads of southern Sardinia.

It is a great opportunity that combines knowledge of an area, the renowned comfort of the most titled resort in the world where sports, wellness, sea, good food and entertainment to ensure guests, adults and children an unforgettable holiday full of emotions.

Here is how the package Bike Experience With Fabian Cancellara will be:

During your stay, guests will enjoy the resort’s various amenities, including the Children’s Wonderland, Acquaforte Thalasso & Spa, Sports Academy, gourmet restaurants and much more.

It will also be possible to rent high-end road bikes built in carbon and with an electronic gearbox available in all sizes. However, participants with their bikes can use a bike room to store them and use the dedicated mechanical service.

Rates per person, per night and in double occupancy, are valid from 28/09 to 07/10 VAT and services included.

Also, in occasion of the IRONMAN® 70.3 Sardinia 2021, the most famous triathlon race in the world, Forte Village organized a training week with Fabian Cancellara to study, kilometre after kilometre, the cycling route that athletes will have to face after the 1.9 km swim and before the two-ring trail that connects Fort Village with the coast of Santa Margherita di Pula and concludes the race.

Do you want to train with Fabian Cancellara and have a dream holiday in paradise? Discover Forte Village Resort in Sardinia 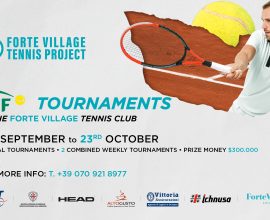 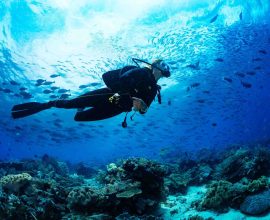